Canadian Prime Minister Justin Trudeau confirmed that 63 Canadians were killed in the crash of a Boeing 737-800 of the Ukrainian airline UIA that crashed near Tehran, Iran, shortly after taking off.

Trudeau said the fact, which occurred in the early hours of yesterday, “cost the lives of 176 people, including 63 Canadians.”

“On behalf of the Government of Canada, Sophie (Trudeau’s wife) and I offer our deepest condolences to those who have lost family, friends and other loved ones,” he said.

Trudeau said Ottawa will endeavor to clarify the causes of the accident and ensure that it is thoroughly investigated.

Iranian authorities reported that they will not provide the black boxes of the plane to Boeing and that the event will be investigated by Iran and Ukraine.

Previously, Canada’s Foreign Minister Francois-Philippe Champagne had pointed out on Twitter that among the 176 dead, 167 passengers and 9 crew members, there were “many Canadians.” 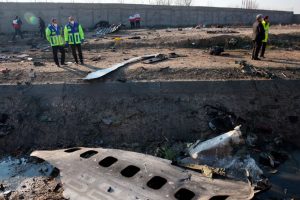