He will return on Friday or early on Saturday.

The Hercules plane was going to travel to Germany to look for an ultra freezer, but it was decided to fly to the United States where the purchase of four pieces of equipment was finalized.

Each one has a capacity for 100,000 vaccines, and allows them to be kept below 70 degrees below zero.

“The flight plan is from Montevideo to Leticia, in Colombia, it is about seven hours of flight. There we supply ourselves with fuel, we do all the sanitary controls and migrations.

After carrying out all the coordination, we take flight to Miami. It is about seven hours more in flight, “explained Col. Av. Martín Campoamor, commander of the Hercules.

There is a total of 14 hours in flight, plus 2 hours of stopover. On Friday morning, he is expected to leave for Uruguay.

The crew is 13 people. There are four pilots, two navigators, two engineers and five cargo and mechanic supervisors. 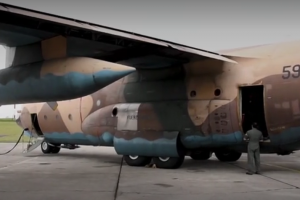