Fourteen Americans evacuated from the Japanese cruise ship have the coronavirus and were isolated during the flight back to their country.

Another 40 Americans who had been previously diagnosed remained in Tokyo for treatment. There are already more than 1,700 dead and 70,000 infected worldwide.

Fourteen people infected with the new coronavirus are among the more than 300 Americans and relatives evacuated by plane from the quarantine cruise ship in Japan, the US State Department announced Monday.

All Americans who disembarked from the “Diamond Princess” underwent a health examination before boarding the plane. Among the cases that tested positive, “they were transferred in the fastest and safest way to a specialized containment area in the evacuation plane to isolate them,” the State Department said in a statement. “During the flight, these people will continue to be isolated from other passengers,” he added and noted that all people are monitored during the trip.

The first plane landed at a base of the United States Air Force in California, where all passengers will be subjected to 14 days of quarantine. “Anyone who becomes symptomatic will be transferred to the specialized containment zone, where they will be treated, ” the statement said.

At least 40 Americans in quarantine aboard a cruise ship in Japan were infected with the new coronavirus and stayed in Tokyo, a senior US health official said. “They will not go anywhere. They will be in hospitals in Japan, ”he added. 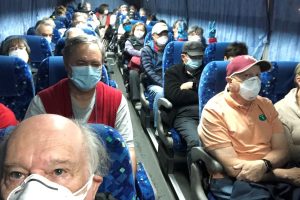 The new cases bring the total number of infections so far confirmed aboard the Diamond Princess cruise to 355, according to the latest data offered by Japan’s Health Minister, Katsunobu Kato, in statements to the state-run NHK chain. So far, 1,219 people have been tested for the new coronavirus among the approximately 3,700 on board when the Japanese authorities decreed quarantine on February 3.

“The reason for this is that the degree of transmissibility on that cruise is essentially similar to being in a hot spot,” explained the director of the National Institute of Allergy and Infectious Diseases, Anthony Fauci, for whom although the World Organization of Health (WHO) has not considered the coronavirus a global pandemic, “it is about to happen reasonably soon unless the containment is more successful than it is now.” 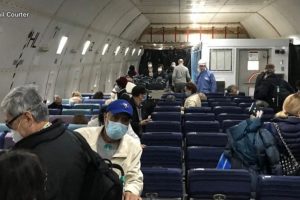 Nearly 1,800 dead and some 70,500 infected already leave the new coronavirus in China since the first case was detected in the city of Wuhan. Five other patients perished outside of China.