Taiwanese airline proposes an unusual idea for those who want to feel like travelling again: a flight to nowhere.

The coronavirus pandemic has caused many countries to declare a mandatory lockdown and cancellation of international flights globally. For travel lovers, this is torture. However, some airlines have been aware of this situation and it is for this reason, in addition to the economic crisis they face, that they have reinvented themselves and opted for unconventional ideas in order not to go bankrupt.

This is the case of an airline in Taiwan called Starlux, which came up with an offer that many people liked: a flight to nowhere. Yes, as you read it. This offer was born on August 6 and there were just under 190 tickets that were sold that same day. This trip to nowhere promised breathtaking views, according to the aforementioned airline.

Starlux, the company, called them “micro air travel”, as well as they maintain that it is an unforgettable experience within the international situation. Finally, the organizers stated that they plan to organize more such flights due to the great success that the first one achieved. Likewise, other companies announced similar initiatives. 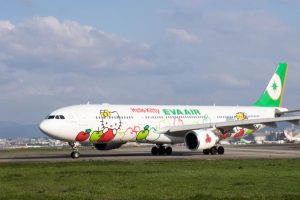