The Pentagon is forming a new task force to investigate UFOs that have been sighted by US military planes, according to two defense officials.

Deputy Defense Secretary David Norquist will help oversee the task force, which is expected to be officially presented in the coming days, according to CNN. The unidentified aerial phenomena were already analyzed and listed by the United States but the files all went to the US Navy since many “encounters” involved their planes.

Members of Congress and Pentagon officials have long expressed concerns over the appearance of the unidentified flying objects that have flown over U.S. military bases, posing a security risk. There is no consensus on their origin but some believe it could be ground drones seeking to gather intelligence rather than aliens.

In April, the Pentagon released three short videos showing American planes encountering these unexplained phenomena . The Senate Intelligence Committee then voted in June for the Pentagon and the intelligence community to provide a public analysis of the meetings. Sen Marco Rubio, Florida Senator and chairman of this committee, said in June:

” Frankly, if it’s something outside of this planet, it would be better than some kind of technological leap from the Chinese or the Russians or some other adversary .”

This is not the first time that the Pentagon will work on the subject of UFOs since a classified program was launched in 2007 at the request of Harry Reid, former senator from Nevada. This program was closed in 2012 because the Pentagon felt there were higher priorities that required funding. Former program manager Luis Elizondo told CNN in 2017 that he personally believed ” there is very compelling evidence that we may not be alone .” 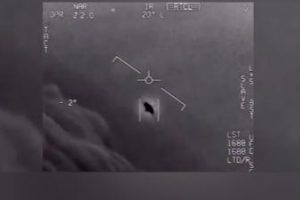