Chinese official media assured on Tuesday that Beijing will not hesitate to shoot down US drones that fly over territories that the Asian country claims, such as the disputed Spratly Islands, in response to recent US military exercises in which the MQ-9 Reaper spy planes participated.

The Global Times newspaper, headline attached to the People’s Daily -official organ of the Communist Party of China-, assures this Tuesday in an editorial that “the United States Air Force has participated in maritime exercises with the purpose of coordinating an attack in the Pacific “, And highlights that” it would be the first time that the US uses drones in the region. “

Last Thursday, the US Air Forces magazine indicated that the MQ-9s are “training for maritime warfare” with “an eye on China,” and that three of these drones participated as support in an exercise carried out on US soil that simulated an amphibious assault.

The MQ-Reaper, an armed multi-mission aircraft, with a medium flight ceiling, long range and remote piloting that is used mainly for the execution of moving targets, as well as as an intelligence asset, are now “adapting their tactics to be useful in a theater of operations very different from the one they are used to, ”said the US publication.

The Chinese media emphasizes that “these drones have been involved in assassinations and attacks throughout the world”, and that “it is particularly striking that the magazine shows photographs of troops that have patches on their uniforms in which a silhouette is embroidered red map of China. The last time a patch of this type was seen was in the Vietnam War ”.

He adds that the images seek to “stir up hostilities and mobilize public opinion for war.”

Likewise, the Global Times editorial assures that China will shoot down American fighter jets that fly over its territory “regardless of whether they are manned or not.”

It indicates that a US attack with drones on disputed islands like the Nansha (as the Spratly archipelago is known in China) would be interpreted as “an act of war.”

“For China that would be an invasion, and our only option would be to hit the aggressors hard,” he warns.

He further adds that “if the drones cause real damage to the Chinese islands and reefs, we will attack the platforms and bases from where they have taken off. And the islands could become a fully functioning military base ”.

On Sunday, Washington accused Beijing in a statement of failing to “keep its word” for “continuing the reckless and provocative militarization in the South China Sea.”

China has had open disputes with other Asian countries for years for the sovereignty of several islands, especially over all or part of the Spratly and Paracelsus archipelagos.

Tensions in the archipelago have escalated in recent years due to the fact that Beijing has carried out constructions and deployed missiles on several of the islands that make it up, while the United States has sent planes and warships to the surrounding waters, between reciprocal accusations. to militarize the area.

In this sense, the Chinese Foreign Ministry assured on Monday that these constructions are aimed at “satisfying civil needs”, and that “China fulfills its responsibilities and obligations.” 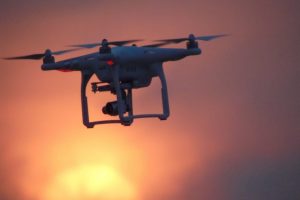 “The deployment of defense facilities on these islands is an exercise of the right to self-defense. It is reasonable and legal and it is within our sovereignty, “said Foreign spokesman Wang Wenbin.

“It is the United States that is looking for pretexts to strengthen its military deployment,” Wang accused.

Newer PostAre You Superstitious When Travelling By Air?
Older PostIllegal Aircraft Carrying over a Ton of Cocaine Detected in the Southern Area of ​​Quintana Roo