Post sponsored by the Montreal Jobs That have the best benefits

It’s not Halloween yet, but the 492nd Fighter Squadron, United States Air Force, seems to have gotten into the spirit of the season a little earlier. The public relations office at RAF Lakenheath in the UK, where the unit is based, posted photos today of its F-15E Eagles decorated on the nose with characters from comics, movies and TV shows.

The nose art images were posted on the RAF Lakenheath official Facebook page on October 28, 2020. The 492nd returned to the UK base earlier this month after a six-month rotation at Muwaffaq Salti Air Base in Jordan. Strike Eagles, is among the Air Force’s most in-demand fighter jets, and rotating contingents in Jordan have been heavily engaged in various conflicts in the Middle East over the years, including the campaign against ISIS in Iraq and Syria, where they have even shot down Iranian drones. F-15Es flying from Muwaffaq Salti also notably supported the raid that resulted in the death of ISIS leader Abu Bakr Al Baghdadi last year, firing AGM-158 joint air-to-surface separation missiles to level the complex of the terrorist, at the end of the operation.

RAF Lakenheath’s Facebook post indicates that nose art was applied by personnel at some point during the deployment, which appears to be becoming a trend in the region. Earlier this year, the Air Force released images of the F-15C Eagles assigned to the 44th Fighter Squadron, with their own art on the nose of the aircraft, while they were deployed to Prince Sultan Air Base in Saudi Arabia.

Here we leave the gallery of the arts of these airplanes, Comment which is your favourite 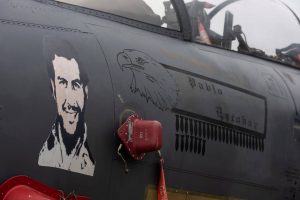 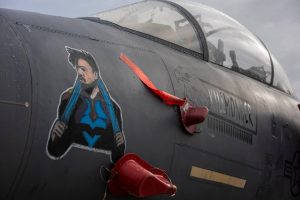 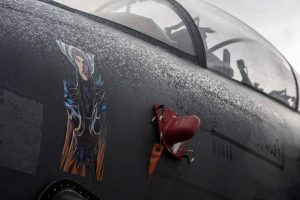 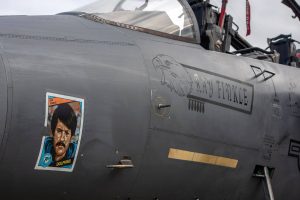 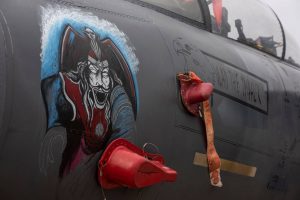 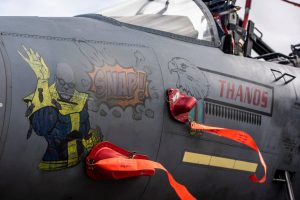 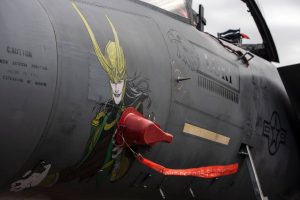