And now is the Boeing 737 MAX safe? Simply the manufacturer Boeing better do that. Much has been written about it, one of the most important aircraft builders in the world has been criticized and technology that apparently has governance over humans has been called into question. But are these really convincing arguments of the 737 MAX case?

The Boeing 737 version has been –to date-, one of the best-selling aircraft and requested by airlines in the world, an overwhelming success over many of the aircraft that today cross the skies around the world. From this premise, we can strengthen the arguments that the airplane is safe.

The 1960s began a new chapter in Boeing history. Like 60 years ago, the manufacturer was under pressure to show the world an aircraft that would compete with the most important market segment to this day.

The commercial nightmare for Boeing was the British Aircraft Corporation One Eleven (BAC 1-11) and the McDonnell Douglas DC-9, which already accumulated hundreds of orders from various airlines around the world. While Boeing was still celebrating its successes of the 707 and the great 727, it did not have an ‘Ace’ up its sleeve to respond to such retaliation.

By 1964, the first version of the Boeing 737 was already defined. One of the main concerns of the engineers was the position of the engines, since their architecture did not allow, as was initially thought, to install the engines in the empennage, which for a couple of years was the headache of engineering.

The Boeing 737 took off for the first time on April 9, 1967, a bittersweet date for the manufacturer. From the same Boeing plant there were reservations for the plane, about the success it would have in the market, and the orders it could generate. At the beginning, the German Lufthansa gave the first heartbeats to the project, becoming the launch customer.

Since that day, it has been able to accommodate more than 10,000 units of the different versions, positioning it as the favorite – in front of the A320 Family -, as one of the best-selling commercial aircraft in the history of aviation.

As in the 1960s, Boeing was pressured by competition. The European manufacturer Airbus, was at least 10 years ahead, with the Airbus A321LR, in parallel with the modifications that were implemented to the A320 family; Boeing, would have nightmares again, offering the market an aircraft that could compete in these segments.

The Boeing 737 MAX was the fourth generation version that could respond to the competition, despite the engineering challenges that this may cost. As always, the engines for the model have been the “Achilles Heel”, due to the tight space between the engines (CFM LEAP-1B) and the asphalt.

The modifications cannot be drastic, and Boeing wanted a more powerful and much more efficient aircraft than its previous versions. The complex challenges of installing engines in the intrados of the wing, led the manufacturer to install a system called MCAS (Maneuvering Characteristics Augmentation System), which is nothing more than an automatic control that makes corrections if certain altitude and heading angles are exceeded.

The installation of this technology should help to counteract trends due to the fact that the center of gravity and the position of the engines – compared to previous versions – had been significantly modified.

The system, in essence, allowed the transition of the crews of a Boeing 737 Next-Generatio (NG), towards the MAX version, to be imperceptible, thus avoiding a process of training and / or equipping the pilots, saving thousands millions of dollars to the airlines in training items and also, in type certification issues, which would save the manufacturer a lot not only economically, but also drastically reduce the time line between manufacturing and deliveries to the final customer.

The famous MCAS system, which nobody knew about at the beginning of the rollout of the Boeing 737 MAX, became relevant after the accidents of the Lion Air and Ethiopian Airlines airlines, with the team. By sharing very similar data and characteristics that led to fatal crashes, the main culprit was the MCAS system.

Among the many optional packages that the manufacturer offered to its customers, was the installation of one or two sensors – at the operator’s pleasure -, which send the data to MCAS. Obviously, the more sensors the aircraft has, the better the reading the system can interpret. Of course, costs increase if you choose the two-sensor package.

Lion Air’s crashed planes, such as Ethiopian Airlines, only had one sensor, while all North American airlines operating the model would have hired and acquired their planes with two sensors. Specifically, the insurance option is interpreted as optional and at an additional cost.

The MCAS system is not new; This redundancy technological platform had already been installed in aircraft such as the KC-46 and KC-767, a tanker based on a Boeing 767, which would act mainly in the aircraft’s refueling missions, trying to compensate for trends and increasing control of the plane

Several air forces have these models. Obviously, the United States Air Force (USAF), the Italian and also the Japanese, have these units that are equipped with the first version of MCAS. After the accidents involving the MAX and the MCAS warning being made public, the USAF decided to review it.

After the accidents that took the lives of more than 350 people, several airlines around the world began to stop their fleet of Boeing 737 MAX aircraft, due to the great uncertainty of the plane’s reliability. As of March 14, 2019, the Chinese airlines – one of the most important markets for Boeing -, left the planes on the ground, and the same happened with the European and Latin American ones. Subsequently, the agencies independently issued mandatory circulars (Emergency Order of Prohibition), for the cessation of operations of the model.

First impressions from people close to Boeing and local media in Seattle revealed a more than disturbing story. The planes had been certified under very lax criteria – due to the haste to start selling the plane – and it was revealed that the Federal Aviation Administration (FAA) was at the mercy of Boeing’s whims, leaving the same manufacturer to certify its own planes. This caused unprecedented damage for one of the largest aerospace manufacturers in the world, and the safety of its aircraft was among the said.

At that time, CEO Dennis Muilenburg – cataloged as Boeing’s worst leader – was under the eye of US congressmen. A series of scandals and corruption revealed a synapse between his actions and decisions and the problems of the MAX project.

Subsequently, due to pressure from the press and the relatives of the deceased, a call to hold public hearings before the United States Senate, Muilenburg, Daniel Elwell, chief of the FAA interior, engineers and hundreds of people related to Boeing , the certification processes testified.

Boeing had everything against it, the senators were relentless. The Boeing 737 MAX was dubbed the “flying coffin” at the time, and the company’s reputation declined dramatically. People within and outside of aviation, as well as operators lost confidence in the model.

Several airlines began cancelling orders and others refrained from placing them. The plane was no longer the panacea and with it, Boeing’s shares on the stock markets were also plummeting, thus entering one of the worst crises in the history of the North American manufacturer.

On November 18, 2020, the Federal Aviation Administration (FAA), in the United States, recertified the Boeing 737 MAX family. Complying with various tests and under the magnifying glass of an entire industry that demanded information and certainty of the equipment.

While this was a bittersweet achievement for the manufacturer, some confidence was restored. The test aircraft were flying again and with this, the only North American operators were given the green light to prepare to start operating the model. 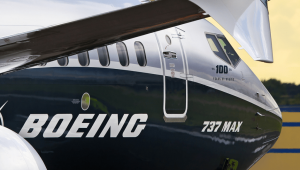 Although the FAA gave the go-ahead, the other agencies in the world continue to have their reservations. China, Europe, Asia, Latin America, among other areas, have been resilient to the position of Boeing and the FAA, and have preferred to carry out their own recertifications before these models begin operating in their airspaces.

In particular, the National Civil Aviation Agency in Brazil (ANAC), has been the only one after the FAA, to conduct test flights and recertify the aircraft. Apparently after this 20-month nightmare, the first airline outside the United States to fly the Boeing 737 MAX will be the Brazilian GOL Linhas Aéreas.

Boeing and the entire aviation industry are expected to have learned their lesson. Aeronautics is not for improvised and much less should be based on occurrences and haste. Corruption in aviation should not exist.

Now with this plane “back”, it is better for Boeing and the FAA, that there is no more catastrophe. The MAX project cannot take another hit and neither can another version. Let’s hope that the manufacturer already has another ‘Ace’ up his sleeve and another plane is prepared for the future, before the rush wins. Being sensible, the Boeing 737 family gave what it had to give. Could it be that the next generation is finally the Boeing 797?

And you, would you fly aboard a Boeing 737 MAX?