Dozens of small glass beads – smaller than a grain of salt – were found in fossil mollusks in a rock formation in Tamiami, southwestern Florida.

According to research, the findings of which were published this week in the journal Meteoritics & Planetary Science, these pearls are the result of one or more explosive impacts from extraterrestrial bodies. The hitherto unknown phenomenon may have occurred on or near the Florida Platform.

Scientists’ analysis has revealed that these cosmic pearls are actually micrometeorites, particles that form when the impact of a meteorite on the Earth‘s surface lifts molten debris into the atmosphere, where it eventually cools, recrystallizes and falls again.

Mike Meyer, a professor at the University of Science and Technology in Harrisburg, Pennsylvania, found 83 of these particles in 2006. However, only several later did he decide to analyze their origin.

The expert studied the physical characteristics and elemental composition of these small objects, comparing them with other micrometeorites, volcanic rocks and by-products of industrial processes such as coal ashes. 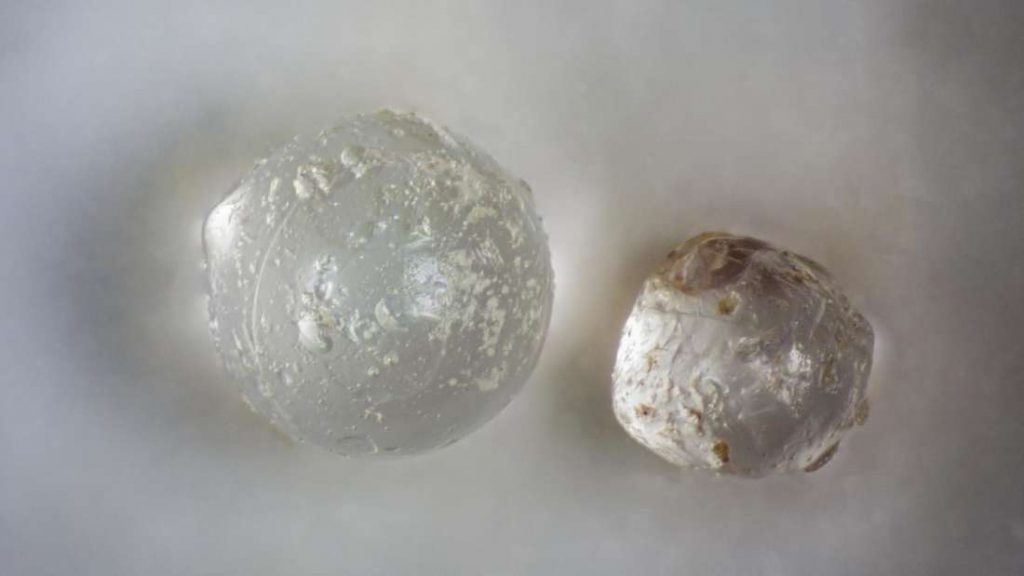 According to the scientist, quoted in a statement, these spheres have traces of exotic metals, giving strength to the hypothesis that they are micrometeorites.

The fossils, dating from two to three million years, have been found in different geological layers, belonging to different time periods.

According to Meyer, the layers may indicate that the site has been affected several times by similar cosmic impacts or, it added, may be a single layer of tektite “washed for millennia”.

Another strange feature of these small objects is their high amount of sodium. “This high sodium content is intriguing because it suggests a very close location for impact,” he explained, realizing that he believes the presence of this element shows that the object “has reached a very large salt or ocean reserve.”

Unfortunately, it is now impossible to make a study of the original layer where Meyer found the glass beads, since that area was intervened by a construction company.