About 38 French bulldog puppies were found dead aboard a plane from Ukraine at Toronto’s airport in Canada on June 13, the Canadian Food Inspection Agency (CFIA) reported. The dogs were part of a shipment of 500 of these animals, the legality of which is under investigation.

The French bulldogs are highly prized dogs in the territory of Canada. In the case of those who died, they were on board a Ukraine International Airlines (UAI) that landed at Toronto Pearsons airport a week ago.

In addition to the lifeless animals, dehydrated dogs, with weakness and also vomiting, were found in the same shipment, according to the said agency. ” CFIA officials are investigating the circumstances surrounding this incident and will determine next steps once the investigation is complete.” A spokesperson for the agency, which regulates the importation of animals, told the CBC chain of Canada.

Abby Lorenzen, a dog handler who came to pick up another animal from the loading area of ​​the airport where the pups were discovered last Saturday described a “scene of terror.” “It was a nightmare,” she noted for the aforementioned chain. “Canada and the federal government must change the laws on the importation of these puppies,” she said.

Furthermore, Lorenzen exposed on her Facebook page photos of the dead animals and also the apparently irregular and careless way in which they loaded the dogs at the Ukrainian airport of Boryspol.

The Ukrainian aviation company, meanwhile, expressed “its condolences for the tragic loss of animal lives” aboard one of its ships. In a post on its Facebook account, the UAI further ruled that “it is working cooperatively with local authorities to determine what happened and make the necessary changes to prevent such a situation from happening again.”

For its part, the CFIA assured that “Canada applies strict rules for the importation of animals in order to protect native fauna from the introduction of serious diseases.” “All import requirements must be met before importing an animal,” the agency said. 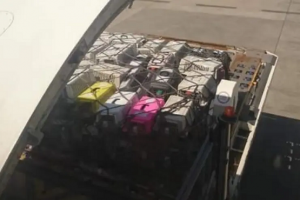 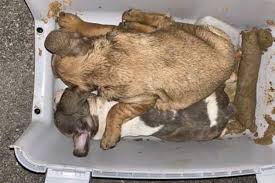 The French bulldog market in Canadian territory is enormously lucrative, specialists told the Canadian chain CBC . Few people know that animals are imported, most think that they are bred in Canada, and they pay between 3,000 and 4,000 dollars for them. Profits in the trade in these animals is so high that for this reason it is often trafficked where organized crime is involved.