Edwin Buzz Aldrin’s mother was called Marion Moon (Luna, in Spanish) and she died tragically one year before the great trip of Apollo 11. She never saw her son become a legend, nor did she witness the depression she suffered when she returned : Buzz fell six years in alcoholism, divorced twice and he denied being recognized by the press as “the second man” to step on the lunar surface.

Maybe a matter of ego. Or the shadow of his commander, Neil Armstrong, who monopolized all the attention and flashes. Paradoxically, the men who fulfilled the greatest space feat of Humanity, were not well prepared for what would come next. They could overcome an unexpected turn of the module 400 thousand kilometers from Earth. But the hero costume almost crushes them.

Making contact with Aldrin is not easy. The next January 20 will turn 90 years. You might think that his life is in the Sea of ​​Tranquility (this is the name of the place where he landed in 1969), but it is not his case.

In the last time, in July of last year, he had a judicial confrontation with two of his sons, whom he accused of wanting to steal money and valuable belongings, linked to their space missions. They, in turn, raised before a court that their father has a “cognitive impairment”. At that time, Aldrin changed her press chief, who also fell under suspicion.

In 2016 he had to be evacuated from the South Pole emergency, where he was part of the US Antarctic Research Program. The last time he was publicly seen, officially labeled, was at the beginning of this year, when Donald Trump invited him to attend his second speech in front of the congress of his country. 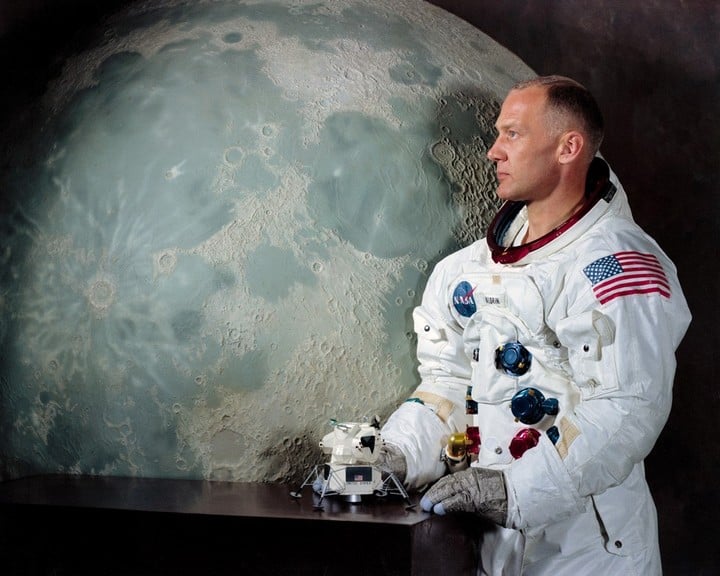 A few weeks ago, in Cape Canaveral, Viva expected to interview him on a hand-to-hand occasion of the 50th anniversary of his trip to the Moon, but at the last moment he canceled everything for “health reasons”.

Finally, the contact was made via email. And he only expounded on what he is most interested in transmitting at this moment: the details of his feat with the Apollo 11 Mission and what he expects from the next generations of astronauts. Other topics, prefer to leave them behind.

Well, we had spent a lot of time rehearsing what that moment would be like. We all could see that the procedures for the launch were being reduced to seconds. Every time we completed it we had to start over, and check everything again. That was what the simulations were, which we repeated until we were exhausted.

That’s why I think we felt a little relieved when the real launch was made. In addition, it was without problems, and finally we set out on the road!

We did not have to repeat the launch sequence again! The launch was very good. Imperceptibly soft in the first moments, where we had the option to abort the mission, and then nothing unexpected happened. We knew and felt that we were accelerating, but we noticed that it was softer compared to other launches, for example that of the Gemini Mission (N. of the R .: the space program previous to the Apollo, in which Aldrin also participated ).

We saw our ascent speed, the altitude change, but we felt comfortable in our seats. At that moment, we look at each other and think: Ready, now we must continue on our way … what’s next?

When we approach the Moon, we seek to level ourselves and continue advancing towards the surface. We knew that we were still burning fuel and that if it ended it would be a difficult landing. When I heard that from the control of the mission they told us “30 seconds”, I thought it was best to make contact with the ground as soon as possible. I consciously did not want to bother Neil (Armstrong, the commander of the Apollo 11 Mission). Suddenly, I saw dust creating a mist, dust that the engine was sucking. 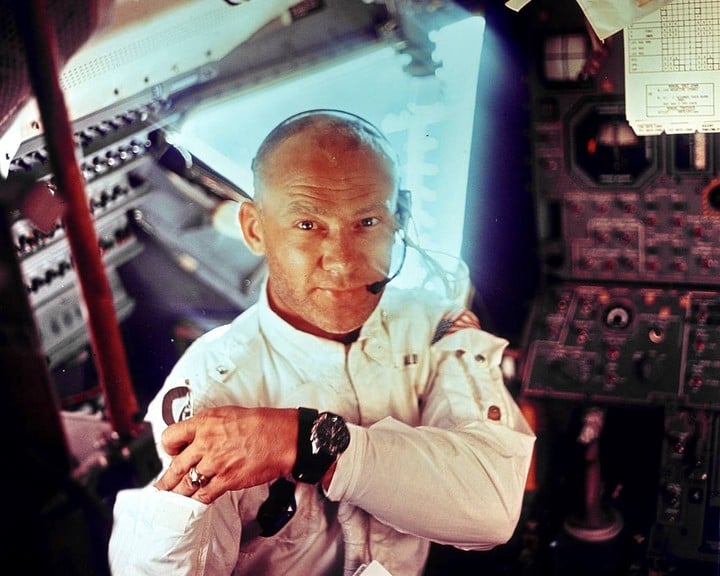 Then the “engine stop” light came on and I recorded “413”: with that code, the mission control understood that the shutdown conditions had been met. Neil remembered that we shook hands, I remember putting his hand on his shoulder and smiling. What we felt was immense satisfaction.We could have crashed and burned. We are glad to be alive on the lunar surface.

When Neil descended, we heard that from the control of the mission, in Houston, they told us: Get the image, but the other way around . That is, they could see in detail the journey of Neil on the stairs. I only saw his head and I only heard it when he said he was going to leave the module. When my turn came, I put myself in position to leave. I went down the stairs and jumped, taking care that the door did not close. When I went down and looked around, it was easy to summarize everything with the phrase “magnificent desolation“.

I guess I said it because it was great that we had arrived there, and also because the landscape looked quite desolate. In truth it was a magnificent desolation. We were overwhelmed by that beauty, but we concentrate to meet our objectives. We do not really think about who was watching us through the broadcast.

Neil decided where to put the camera, and I took out the two experiments we had to carry out and took them. Then we do not worry about the camera. We focused on those experiments, making sure they were level, pointing towards the Sun, as they had requested.

At the time of the return I focused on a procedure associated with what we call splashdown. The main thing was related to the parachutes. In the descent to Earth, to activate them, we had to wait until we approached the water, and we were not sure how high we were. The altimeter did not give a good indication. In the splashdown we had to throw a switch to release the parachutes, only that the road was a bit bumpy , so we turned over before we could release them. 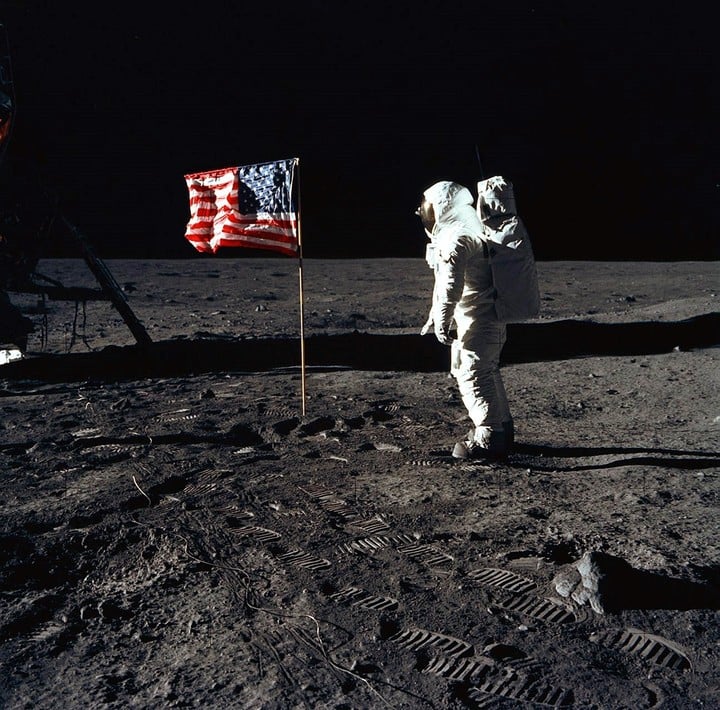 Then, fortunately, the parachute tilted us back up. It was good to feel that we were back home and that, finally, we were going to see and talk with our families. In general, I can say that it was a privilege to have been able to carry out the first manned mission to the lunar surface. An honor to have worked with so many good and dedicated people, and to have left our traces there. Even now, sometimes, I marvel at the thought of traveling and arriving on the Moon.

But now, I think, it’s time for the next generation of astronauts to put on their seat belts and go to Mars. I went to the Moon and I returned, now you go to Mars.

The arrival of Aldrin on Earth took, in fact, about three weeks more. During that time, the astronauts fulfilled a programmed quarantine before the possible contagion with virus or extraterrestrial bacteria. From the windows of that place, they greeted President Richard Nixon, who had taken office on January 20 of that year, just the day Aldrin turned 39.

Through the main avenues in different cities of the world, the success of Apollo 11 was celebrated with spontaneous marches. People on the streets, especially in the United States, felt that this feat united the entire planet at least for a moment.

When the voices of joy died down, Aldrin returned to her earthly life. And he started a journey towards his own tragedies. From there he could also return.