Due to bad weather conditions, passengers had to spend a night in Alaska before they could reach their destination.

A flight between the Canadian cities of Vancouver and Whitehorse that had to last two hours ended up becoming a two-day international trip due to  unfavourable weather conditions.

The plane, of the Canada Air company, left on Monday last week with 88 people aboard Vancouver and had to divert to Alaska (USA) because of the bad weather that reigned in Whitehorse, the capital of the territory of the Yukon,  report  local media. Being an internal flight, passengers did not carry passports with them to travel abroad, but the US authorities made an exception and allowed them to enter their territory.

Some of the passengers finally landed in Whitehorse last Wednesday after a delay of more than 36 hours, while the rest of the passage did so throughout the day.

“The only criticism I have is for the lack of communication with Air Canada. We simply had no idea what was going on, ” the media quoted one of the affected passengers. 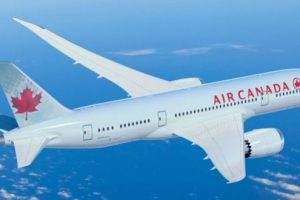 Newer PostVolaris Plane Returns To The AICM For Possible BOMB Threat In Mexico (IMAGE)
Older PostAliens And Demons: This Is The Mysterious Town Of Sanzhi (IMAGES)