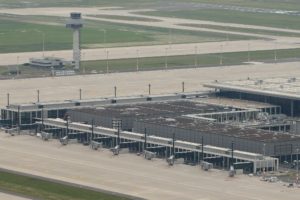 Additional funds of 770 million EUR should be allocated to complete the construction of the new Berlin-Brandenburg International Airport named Willy Brandt in Germany. This amount was mentioned in the documents of the company operator of the airport under construction. It will be presented to the supervisory board next week. The cost for the construction of the facility will increase to 7.3 billion EUR. Initially, more than seven years ago, the estimate was only 2.83 billion EUR or about 2.5 times less.

The opening of the airport is expected to take place in October 2020. Since 2011, the commissioning of the facility was postponed seven times.

The construction of the airport began on September 5, 2006. The opening was originally scheduled for October 30, 2011. However, due to the new safety rules introduced by the European Union at that time and the bankruptcy of the two firms, the date had to be postponed. In subsequent years, the object could not be opened because of shortcomings in the fire-fighting system, the operation of automatic doors, the baggage claim system and etc.

Near Berlin there are two operating airports: Schonefeld built in 1946, and Tegel, which has been operating since 1948.