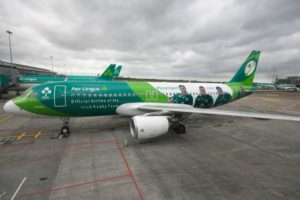 Aer Lingus airplane Airbus A320 reported smoke in the cockpit shortly after takeoff from Irish airport Cork to London’s Heathrow, which forced the pilot to return in Cork for emergency landing. The aircraft with 151 people on board landed safely on runway 35 about 25 minutes after departure and stopped on the runway to assess the situation. The accident was reported to the local authorities and airport dispatchers, asking to proceed to the terminal. After assessing that there is no immediate danger for the safety of the airport, the Aer Lingus airplane Airbus A320 taxied to the stand, where all the passengers were disembarked.

The local authorities initiated investigation for the root cause of the accident. According to official report, the airplane Airbus A320 returned to Cork due to a technical issue.

All passengers have been taken to the terminal and are being taken to London on the next flight.

The Irish AAIU dispatched investigators on site to determine the level and extent of investigation into the emergency descent and landing at Cork.

Airbus A320 family consists of short- to medium-range, narrow-body, commercial passenger twin-engine jet airliners manufactured by Airbus. The family includes the A318, A319, A320 and A321, as well as the ACJ business jet.