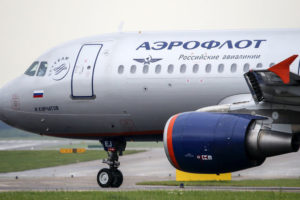 Aeroflot was awarded as the best international airline on the European air transport market by the American Aviation Association APEX. The company won a prize for “Choice of passengers” in two nominations: “The best global airline in Europe” and “The European airline with the most comfortable seats”. The award ceremony for the airlines was held on June 19 at the APEX TECH 2018 conference in Los Angeles.

The APEX (Airline Passenger Experience Association) is based in the United States and specializes in a comprehensive study of the quality of passenger service in air transport. It is a network of companies and professionals, striving to provide world-class service on the scale of the entire air transportation market.

The APEX “Passenger Choice Awards” award is considered one of the most status in the global airline industry. It is awarded on the basis of online reviews of air travelers, whose route can be checked and confirmed.

This award marked the best carriers of key regions of the world, related to three categories – global, large regional and budget airlines. The candidates were evaluated on such criteria as comfort seats, cabin crew work, quality of board meals and drinks, entertainment system on board and Wi-Fi equipment. Aeroflot was recognized as the best in Europe in terms of aggregate indicators.

In terms of credibility, this is the American analogue of the European survey of the agency Skytrax, which is considered the world’s leading appraiser for airlines and airports for passenger service levels. Aeroflot has the high rating “four stars” Skytrax.

Also in 2018, Aeroflot was recognized as the leading European airline by the users of the world’s largest travel website TripAdvisor for the second year in a row.

The largest Russian airline is consistently honored with high international awards, even in a complex geopolitical situation, which creates significant hindrances to business. The victory in two prestigious APEX prize nominations is another objective recognition of Aeroflot’s leadership positions in the quality of service in the global air transportation market.