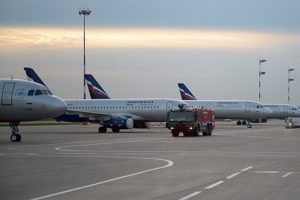 The Aeroflot Group is considering the possibility of a large order of Airbus A320neo and Boeing 737 MAX narrow-body liners, revealed the deputy general director of the strategy and alliance company, Giorgio Callegari. The Russian largest airline needs to order a new generation of fuel efficient aircraft to replace at least part of the 146 aircraft of the Airbus A320 family and 54 Boeing 737-800 airliners, which forums the group’s fleet.

“This is what we are aiming to do and target for out further strategy”, said Giorgio Callegari on the potential side of the CAPA 2017 Asian Aviation Summit. “Perhaps next year, at least we will know the direction. It will be an impressive order”, added he, refusing to mention the approximate figures.

According to Giorgio Callegari, Aeroflot wants to keep in its fleet of narrow-bodied airplanes produced by both Airbus and Boeing, as it uses them in different seating configurations and does not want to depend on one manufacturer.

Aeroflot, which average fleet age is 4.1 years, for the first nine months of 2017 increased its capacity in the premium and low-budget segment by 16.2% and ensured a higher percentage of passenger seat occupancy than in previous years. The company expects that the growth rate will slow down slightly in the fourth quarter, while the growth in capacity at the end of the year is predicted to leave 12-14%, according to the aviation group.