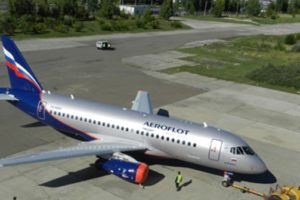 Russian airline Aeroflot plans to increase its aircraft fleet to 350 in 2018, aiming to respond on growing passenger traffic. The airline presented its plans on regular meeting of the Board of Directors held on October 26, chaired by Mikhail Poluboyarinov.

“Within the framework of the meeting, the Board of Directors decided to focus on the consideration of strategically important issues that have a significant impact on the Aeroflot Group’s activities in the coming years”, explained the airline.

Aeroflot plans to increase its fleet of aircraft, adding approximately 44 airplanes and bring the total fleet of the Group to nearly 350 aircraft. According to the forecasts of Aeroflot Group in 2018 will have a growth in passenger traffic and the number of exposed seats, as well as the high percentage of seats occupied.

“The main factors that influenced the share price were the recovery of the Russian air transportation market, operational and financial results of the Aeroflot Group, we well as the payment of a record dividend for 2016. Analysts and investors expect to improve business performance in the second half of 2017, underscoring the attractiveness of Aeroflot’s investment history in the long term. For 9 months of 2017, active interaction with investment representatives continued CSO community, including abroad”, said also the airline.