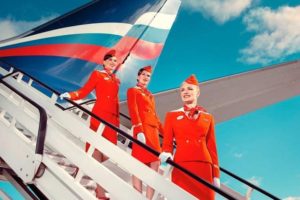 Aeroflot received the prestigious international award Cellars in the Sky, which ranks the world’s air carriers, offering the best wines in high-class service. The Russian airline was awarded a bronze medal in the category “The best fortified dessert wine in the business class”.

Such an evaluation of experts received the refined wine Taylors 10 Year Old Tawny Port. It is a drink of a ten-year-old endurance, which has become a kind of symbol of Portugal. It is noteworthy that the bronze medal for this wine was shared between Aeroflot and Singapore Airlines – the airline with the highest rating of “five stars” Skytrax, which this year collected the largest number of medals in different prize categories.

The Cellars in the Sky Awards was established more than 30 years ago by the world-famous British travel magazine Business Traveler. The ceremony of nomination was held in London. As the founders of the award emphasize, approximately 50% of business class passengers take into account information about the quality of meals on board when choosing a carrier. An important component is the offered wine.

“Aeroflot is one of the leaders in the global industry in terms of service level and considers its further enhancement as a priority for its activities. The airline has been repeatedly awarded with awards for the high quality of wines offered to passengers, improved the quality of food in 2017 and expanded the range of drinks on board, and in the business halls of Terminal D of Sheremetyevo International Airport”, said the airline.

PJSC Aeroflot is the flag carrier and largest airline of the Russian Federation. The carrier is an open joint stock company that operates domestic and international passenger and services, mainly from its hub at Sheremetyevo International Airport.