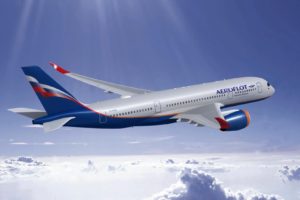 Aeroflot Airlines continued to actively develop its route network and increase traffic volumes. The operational development, accompanied by active management of revenues and strict control over expenses, made it possible to minimize the influence of external factors on the company’s results and continue to further improve the quarterly dynamics of financial results.

The revenues of Aeroflot for the first 9 months of 2018 amounted to 381.341 million rubles (5.77 million USD), which is 11.9% higher than the result of the same period in 2017. The dynamics of revenue is due to the growth of the company’s performance indicators, as well as the dynamics of the rates of major currencies. Passenger traffic for 9 months of 2018 increased by 6.3% compared to the same period last year, to 73.5 billion passenger-kilometers, while the passenger traffic increased by 8.0% to 26.8 million passengers.

“The growth of revenue in 9 months of 2018 was positively affected by the dynamics of currency fluctuations. The positive dynamics of specific revenue per seat-kilometer (+5.8% for 9 months of 2018 compared to the same period last year, +8.4% for the 3rd quarter compared to the same period last year), which is associated with an increase in the load of passenger seats, while maintaining the dynamics of income rates at of the first half of the year. In Q3 2018 it continued speed of revenue dynamics, up to 13.8% (compared with a growth of 10.6% in the first half of 2018)”, said Aeroflot.