It is an “advance payment” to “cover immediate economic needs” of those who have suffered the loss of a family member.

The Mexican company Aerolíneas Damojh, subsidiary of the airline Global Air, will offer between 2 000 and 5 000 dollars to the families of the victims of the plane crash in Havana, according to information published on Monday by El Nuevo Herald.

Testimonials and documents to which the newspaper had access indicate that it is an “advance payment to cover immediate economic needs” of those who have suffered the loss of a family member. 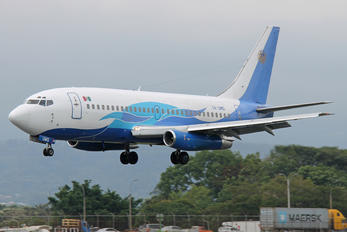 The compensation also includes the payment of up to $ 5,000 to the young Holguin woman Mailén Díaz Almaguer, sole survivor of the incident on May 18, 2018, as well as those children who were orphaned after the death of their parents.

Relatives of the victims told the Herald that the payment does not represent “an acceptance of responsibility” on the part of the Mexican company and explained that the beneficiaries of the “on account” payments will not be able to receive the money completely, but in deposits of $ 100 a month from an account in a Cuban bank.

The financial operation to compensate the family members would be in charge of the Mexican company and its insurers through Bufete Internacional, the only entity that can act on the island for any legal recourse involving a foreign party.

The lawyer Carlos Villacorta Salís, from the BCV Lex office in Spain, explained to the Miami newspaper that so-called “advance payments” or “payments on account” are a common practice among insurance companies and allow immediate needs of the families of the victims.

Although on May 16 the Institute of Civil Aeronautics of Cuba (IACC) announced that “the most probable cause of the accident were the actions of the crew and their errors in the calculations of weight and balance, which led to the loss of control and collapse of the aircraft during the takeoff stage”, not a few distrust the official version, especially considering that the aircraft that crashed in Havana, a Boeing 737-200 with 39 years of operation, had already submitted problems before.