In the last months at least a dozen people have lost their lives in air accidents in the Dominican Republic, the most recent being yesterday in San Francisco de Macorís, where Octavio Carlo Jr. died when the plane he was flying in fumigation work it impacted with a power line cable.

Octavio Carlo, who was the brother of the presenter Sergio Carlo, piloted the HI979 light aircraft that belonged to the company Fumigaciones Aéreas del Caribe (Fumca), which had left a domestic airfield located in Ranchito, La Vega, at 9:20 a.m. yesterday morning, and the accident report came shortly after, at 9:50 in the morning.

Another plane crash occurred on May 21 in Puerto Plata, where businessman Juan Heriberto Medrano, president of the Medrano Group, and Martín Vargas, who was going as passengers died.

On June 30, four people died when the American registered plane N55784, type PA283, in which they were traveling, disappeared between Barahona and Pedernales. The victims in that accident were identified as Giuseppe Lubrano, of Italian nationality and who was the pilot of the plane, co-pilot Enrique Grullón, Raquel Córdova and another occupant.

While on November 23, 2018, five people died in La Romana, when a helicopter crashed out of Río San Juan, María Trinidad Sánchez province.

Those killed in that accident were the French Richard Enmanuel Philippe, 28, and Louis Paul Guitay, Richard’s grandfather; the Swiss Emery Jean-Pierre and Géraldine Moschovis, 46, and the pilot Roberto Jesús Lanfranco Ureña, who was a lieutenant colonel in the Dominican Republic Air Force (FARD). 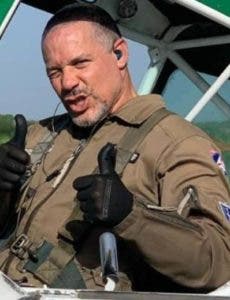 Before he crashed, the pilot made a post on his Instagram account in which he narrated the following: “Oh! I have detached myself from the rough edges of the Earth and have danced across the skies in laughing silver wings.”

“I have risen to the Sun, and I have joined the joy of the clouds pierced by its light – and I have done hundreds of things that you have never dreamed of – I have turned, I have risen and I have balanced there on high, in the luminous silence.”

“Crossing the sky, I have chased the howling wind and I have propelled my anxious plane through the infinite air corridors…There, in the highest and most ardent sky I have easily and elegantly reached the heights swept by the wind where the lark never came before the Eagle.”

“And while my senses rose in silence I have exceeded the high and inviolable holiness of space, I have reached out and touched the face of God.”

The cause of the accident was engine failure. Most accidents have occurred due to aircraft failure, except yesterday, a plane collided with a power line.

Newer PostAircraft Seized with 450 Kilos of Cocaine in Chiapas, Mexico
Older PostThe Chamber of Senators Authorized Entry of US Troops to Paraguay