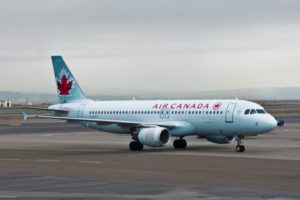 Air Canada Airbus A320 with 140 people on board landed at the San Francisco International Airport in California despite a six-time warning from the dispatchers about the ban and a request to circumnavigate the air within the occupied corridor. The landing created a danger and near miss.

According to the US Federal Aviation Administration, the incident could result in the death of people. It occurred on Sunday with a flight number 781, which arrived from Montreal. Initially, the aircraft was given a “welcome” to land, but later was asked to wait until the runway was free of other aircraft. The aircraft crew did not responded the calls.

The air traffic control supervisor then used a flashing “red light gun” shined out from the control tower windows toward the plane to alert the crew to go around, Gregor said. Doing so is a standard procedure when an air crew does not respond to radio instructions.

However, the pilots ignored the indication of ground services and landed. By a lucky chance, no one was injured and there was no aircraft on the runway.

“After landing, the Air Canada crew told the tower they had a radio problem”, said the Federal Aviation Administration.