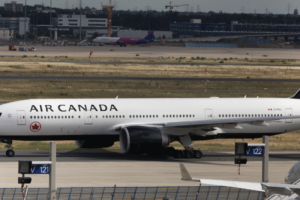 Air Canada flight AC261, en route to Winnipeg, was forced to return back to Toronto after a smell of burning plastic throughout the aircraft and sightings of smoke coming from the back of the plane.

The aircraft Airbus A320 was performing a flight from Toronto (Ontario) to Winnipeg (Manitoba) with 126 passengers and five crew members, but shortly after takeoff, the crew noticed smoke from the back of the plane and odour of burning plastic. The aircraft commander decided to interrupt the flight and return to Toronto for a safe landing at Pearson several minutes after departure.

There were no injured people during the accident.

“Air Canada flight AC261, an A320 flying from Toronto to Winnipeg with 124 passengers and five crew, returned to Toronto after reports of an unusual odour of melting plastic in the rear galley”, said the spokesperson of Air Canada. “The aircraft landed normally but as additional precaution customers were asked to deplane immediately and return afterward to collect carry-on baggage. The customers will be placed on a new aircraft that will leave early this afternoon”, added he.

Airbus A320 is short- to medium-range, narrow-body, commercial passenger twin-engine jet airliners manufactured by Airbus. The airplane is low-wing cantilever monoplanes with a conventional empennage with a single vertical stabilizer and rudder. Its wing sweep is 25 degrees.