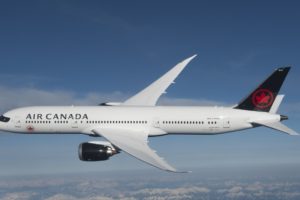 Air Canada launches new direct flights to Romania and Croatia. The flights from Montreal and Toronto to Bucharest and from Toronto to Zagreb will start in June 2018. The airline will fly twice a week between the Romanian capital and Montreal and once a week to Toronto. The flights between Croatian capital Zagreb and Toronto will take place four times a week. The new routes to the two Balkan countries will be seasonal – from June to October.

“With these new services from Montreal, Air Canada is the only airline in North America to fly to Romania, which is the largest European market without transatlantic flights. in this way we further strengthening our presence in Southeastern Europe, Portugal and Croatia”, said Air Canada in official statement.

The airline also starts flights from Montreal to Lisbon and from Toronto to Porto.

To mark the launch of the new routes, the company runs two-way tickets at promotional prices. Thus traveling in both directions between Montreal / Toronto and Bucharest or Zagreb will cost 899 EUR, while Lisbon or Porto – 799 EUR.

Air Canada is the largest airline in Canada and one of the 20 largest in the world. It flies to more than 200 airports on 6 continents. For 2016, the company has carried nearly 45 million passengers. The company is headed by Romanian Calin Rovinescu, who emigrated to Canada when he was just 5 years old. Last year he was named manager of the year in the North American country.