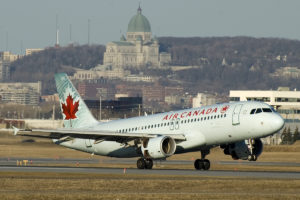 Air Canada plane Airbus A320 landed on taxiway in San Francisco, where four airplanes were waiting to depart. The near miss almost made one of the largest aviation accidents, which was prevented only because of the fast reaction of the air traffic controller. The flight AC759 from Toronto to San Francisco was about to arrive, approaching to the airport, but the pilot inadvertently lined up for a taxiway where four aircraft were waiting to depart. The Air Canada Airbus A320 landed safely with 135 passengers and 5 crew without suffering damages or injuries.

The US Federal Aviation Administration started investigation on the accident and the distance between the Air Canada aircraft and the aircraft lined up on the taxiway, which runs parallel to the runway. Air Canada is also investigating the incident.

“Air Canada flight AC759 from Toronto was preparing to land at San Francisco airport Friday night when the aircraft initiated a go-around The aircraft landed normally without incident. We are still investigating the circumstances and therefore have no additional information to offer”, said Peter Fitzpatrick from FAA.

There is no exact information how many people were on board of the four planes waiting on the taxiway, but the near miss almost caused the deadliest incident in aviation history.