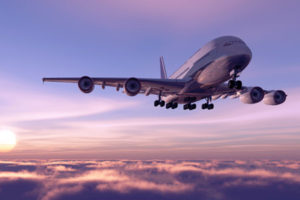 The cost of air ticked on international flights from Russia decreased by 15-20% yoy in H1 2017. The downtrend of fare costs continue and expands from the previous year. In the past summer season, flights abroad also became cheaper. Then the prices for air tickets dropped by 9.2-9.7%, compared to the summer of 2015.

Experts also found that Prague was the most popular city for Russian travelers in January-June 2017. The top three also included Larnaca (Cyprus) and Munich.

The busiest traffic was also to Israel, Turkey, in particular, to Antalya and Istanbul, as well as to the capital of Moldova – Chisinau, Yerevan and Tbilisi. As for Russia, in the top three busiest lines were to Sochi, Simferopol and Mineralnye Vody.

Specialists note that according to the summer results, the share of air tickets in the country decreased by 4% compared to June-August 2016. This, in their opinion, was due to the growing popularity of travel to the states of the near abroad.