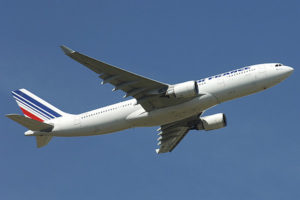 Air France cancels its flights to the Venezuelan capital, Caracas, starting on Saturday. Previously, the cancellation of flights was valid until Monday, but the airline extended the suspension of service to Venezuela in relation to the political crisis in the country.

“Because of the situation in Venezuela, certain flights were canceled for security reasons”, says the statement of Air France. The airline also assured that this is a “one-time action”. The beginning of the cancellation of flights coincides with plans to deliver humanitarian aid through Curaçao to the country on February 23.

Air France is not the first time canceling flights to Venezuela. So, in July 2017, this happened after President Nicolas Maduro convened a Constitutional Assembly without holding a referendum on this issue.

Air France is the French flag carrier headquartered in Tremblay-en-France. It is a subsidiary of the Air France–KLM Group and a founding member of the SkyTeam global airline alliance. Air France serves 36 destinations in France and operates worldwide scheduled passenger and cargo services to 168 destinations in 78 countries (93 including overseas departments and territories of France). The airline’s global hub is at Charles de Gaulle Airport with Orly Airport as the primary domestic hub. Air France’s corporate headquarters, previously in Montparnasse, Paris, are located on the grounds of Charles de Gaulle Airport, north of Paris.