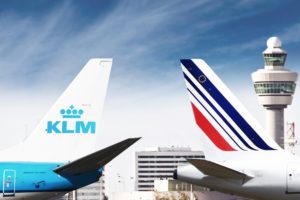 The European largest airline group Air France-KLM carried more than 100 million passengers in 2018, for the first time in its history. According to a press release, it served 101.447 million people in 2018, which represents an increase of 2.8% YoY. The results include Air France, KLM, HOP! and Transavia. Load on airline flights increased to 87.9% compared to 87.2% in 2017.

Air France-KLM noted that protest movements in France had a negative impact on revenue, reducing it by about 15 million EUR.

Higher profit margins at KLM have been a source of tension since Air France acquired the Dutch business in 2004. The unit boosted revenue passenger kilometers – the number of customers times the distance flown – by 4% in 2018, compared with a gain of just 1.9% at Air France and Hop!, according to the statement.