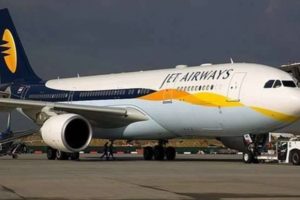 The airlines Air France-KLM and Jet Airways signed an expanded partnership agreement. The carriers have been cooperating since 2014, when they signed a code-sharing agreement, which includes flights to Europe, India and North America. Following the expanded partnership agreement, Air France-KLM and Jet Airways will adapt the departure and arrival times at the airports Charles de Gaulle (Paris), Schiphol (Amsterdam), as well as the flights from Mumbai, Delhi, Bangalore and Chennai to provide convenient connections for travelers.

“Our contract is an innovation in the aviation industry. Thanks to it, we will cover 106 destinations in Europe and 44 in India, so that the travelers will have the most flexible flight schedule”, said the CEO of Air France-KLM, Jean-Marc Janaillac.

The both companies will also work together extensively on cargo operations. The deal will lead to a 40% rise in India-Europe passenger traffic for the carriers.

Jet Airways passengers will be able to book a single ticket for a trip to the U.S. and Europe, and fly Delta, Air France-KLM or Virgin Atlantic for different legs of the journey, under the agreement. Flights will be “metal neutral”, meaning revenue will be shared regardless of whose aircraft is deployed.

“We have a great relation with Etihad which will continue. That will not be disturbed in any way”, said Jet Airways chairman, Naresh Goyal. “The Air France partnership will be very good for our Indian friends (passengers)”, added he.

Jet Airways is a major Indian international full-service airline based in Mumbai. In July 2017, it was the second-largest airline in India after IndiGo with an 18.2% passenger market share.