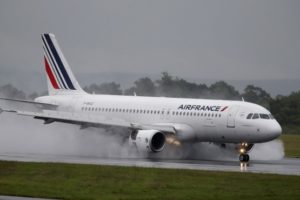 Air France-KLM plans to boost its efficiency to offset higher fuel costs this year, deepening the co-operation between the French and Dutch carriers.

By presenting the results for the 2018 group, Chief Executive Officer Benjamin Smith, who joined in September, promised better-coordinated networks and fleets, after overcoming KLM resistance to closer integration.

“These first achievements pave the way for our ambition to regain a leading position in Europe and globally”, said Benjamin Smith in a statement.

Emphasizing the challenge, the company’s EBITDA fell by 20% annually to 776 million EUR (880 million USD) due to higher fuel costs. The revenues, however, increased by 4.1% to 6.54 billion EUR.

Affected by restrictive deals with French unions and strikes, which wiped out 335 million EUR last year from the company’s profits, and forced the former CEO to leave, Air France-KLM is lagging behind its competitors Lufthansa and British Airways on profitability.

However, Benjamin Smith, a veteran of Air Canada, has restored peace among salaried employees for greater flexibility with which he hopes to make better use of the planes and networks of the group.

Almost 15 years after the merger, which created Air France-KLM, the network, fleet, and commercial strategy decisions will be taken at a group level rather than within the individual carriers. According to the decisions, the leader of Dutch unit Pieter Elbers and Air France counterpart, Anne Rigail, become deputy group CEOs.

Financial results are broadly in line with expectations for EBITDA of 786 million EUR with revenues of 6.52 billion EUR.

Fuel costs increased by 451 million EUR in 2018 on an annual basis and will rise by another 650 million EUR this year due to an end-of-pipe hedge.

Passenger traffic increased by 3.4% to 24.46 million in the last quarter, the group said, and unit revenue declined by 0.6%.

The low-cost Transavia, however, has achieved strong performance with a 9% annual operating margin for its French operations while it is preparing to increase its capacity by about 10% in 2019.