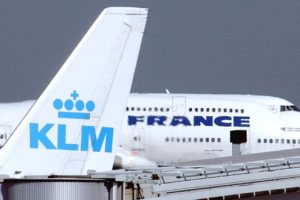 The aircraft Air France-KLM will provide free transportation to anyone who will take part in the restoration of the Notre Dame Cathedral, which has suffered from a serious fire.

“The CEO of Air France-KLM, Benjamin Smith, President Anne-Marie Cadieux and CEO Anne Rigail have decided to provide free transport for all official participants who will take part in the reconstruction of the Notre Dame Cathedral”, says the statement posted on the airline’s official website. It is noted that in addition to this, the company is organizing a system of voluntary fundraising for the restoration of the cathedral among its customers.

A massive fire engulfed the roof of Notre-Dame Cathedral in the heart of the French capital Monday, toppling its spire and sending thick plumes of smoke high into the blue sky as tourists and Parisians looked on aghast from the streets below.

There were a massive international response and large donations to save the French historical monument.