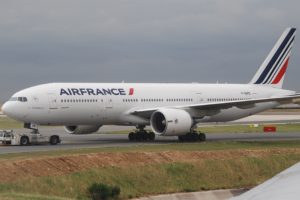 The CEO of Air France, the French division of Europe’s largest air carrier, will be a woman for the first time is the company’s history.

According to informed sources, the company will be headed by Anne Rigail, executive vice president of customer relations at Air France. Her candidacy was presented to the Air France board of directors on Wednesday.

In April, Jean-Marc Janaillac, CEO and head of the board of directors of Air France-KLM, put his positions at stake in negotiations on wage conditions with employees to prevent further strikes. In May, he left the airline after Air France employees voted against the version of the agreement proposed by the management.

The search for a successor was delayed until August, and as a result, Benjamin Smith, a Canadian citizen, became the first foreigner at the head of Air France-KLM.

In September, Air France CEO Frank Turner resigned, and in recent months Smith combines the responsibilities of CEO of the French division and the group of companies as a whole.

The 49-year-old Anne Rigail graduated at the Mining School of Paris. Since 1991, she worked at Air Inter, since 1996 – at Air France. In recent years, she also was part of the airline’s board of directors.

After the appointment, Anne Rigail will be in charge of negotiations with the pilots, whose main French trade union also recently changed their manager and the flight attendants. A number of strikes by Air France personnel this year have adversely affected the financial performance of the entire group of companies and its capitalization.

Air France-KLM shares rose 1.4% on Wednesday. Since the beginning of the year, the company’s capitalization has decreased by almost a third.