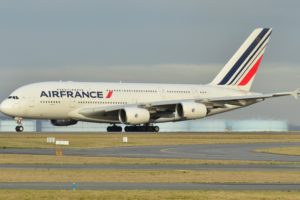 Air France plans to cut 465 jobs from its domestic services as it reduces short-haul capacity under competitive pressure from low-cost rivals and high-speed trains. The job cuts, which were widely expected, will be carried out through a voluntary departure program as the French airline reduces its domestic flights by 15% over the next two years.

“In a highly competitive marketplace, we are all fully engaged in defending a domestic market that is vital for Air France and also more globally for the Air France-KLM Group”, said the statement says. “The program of job cuts will be held within more than a year”, adds the statement.

Meanwhile, Air France will reduce short-haul capacity by 15% by end-2021.

The Directorate assures that there will not be any layoffs on its part and the departure of employees will be voluntary. At the same time, it states that the management plan also plans to coordinate this plan with trade unions and representatives of the workforce. The statement of the Directorate was made on the day of the meeting of the socio-economic committee of the enterprise, which consists of representatives of the administration and the staff of the company.

Air France is the French flag carrier headquartered in Tremblay-en-France. It is a subsidiary of the Air France–KLM Group and a founding member of the SkyTeam global airline alliance. As of 2013 Air France serves 36 destinations in France and operates worldwide scheduled passenger and cargo services to 168 destinations in 78 countries (93 including overseas departments and territories of France) and also carried 46,803,000 passengers in 2015. The airline’s global hub is at Charles de Gaulle Airport with Orly Airport as the primary domestic hub. Air France’s corporate headquarters, previously in Montparnasse, Paris, are located on the grounds of Charles de Gaulle Airport, north of Paris.