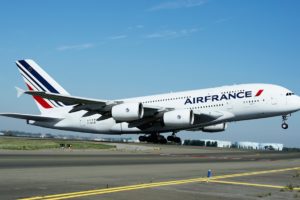 Air France tests selling tickets for medium-range flights through auctions, reported the press service of the national carrier of France. The company’s goal is to fill up its aircraft at the best price, as the medium-range flights have become unprofitable for the carrier. In this regard, the company’s management is developing the principle of selling tickets for such flights through an auction.

The project was presented this summer in the executive committee of the carrier called “Rise and Fly”. The representatives of trade unions have already expressed their positive attitude to the initiative.

The project targeted customers who are currently traveling with low-cost airlines.

Such an initiative was started in the 2000s. Then, in order to attract customers, tickets for a hundred national and international flights were put up for sale every two weeks.