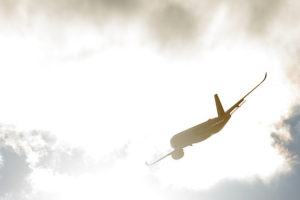 The air freight rates continued to rise in July amid continued growth in traffic, according to the latest analyze of independent research consultancy Drewry. However, the growth had slowed. According to the latest report of Drewry Sea and Air Shipper Insight, the average purchase rate for transport capacity on the 28 main routes of transport in the direction of east-west reached 2.64 USD per kg, which is 1.5% more than an year ago. The air freight rates also increased compared to June, when freight forwarders bought freight on average at 2.59 USD per kg.

On the other hand, Drewry notes that the rates are lagging behind the growth in demand, which, according to IATA, for the first six months of the year amounted to 10.4%.

In addition, there has been a slowdown in rates of growth rates compared to an average of 7.9% in the first half.

Data of Drewry roughly corresponds to the TAC index, published earlier this month, which also indicated an increase in rates, primarily on the trans-Pacific transportation routes.

This slowing of growth rates on routes across the Atlantic is caused by the expansion of the offer due to the increase in the number of flights during the holiday season.