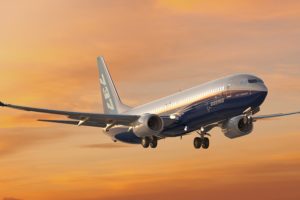 Air India Express aircraft Boeing 737-800 suffered a brief runway excursion while landing at Mangaluru airport in India. The airplane drifted to the right after touchdown, as the main landing gear ran over two runway edge lights. The crew succeeded to return the airplane in the centreline and successfully taxied to the airport. There were no reported injuries among the passengers and crew, but the runway lights at the Mangaluru International Airport were damaged.

The accident occurred in bad weather, which might be the root cause.

“At the time when the aircraft was about to touch the ground, there was a sudden gust of the wind and heavy rain, due to which the aircraft skidded to the right momentarily after it touched down but got back to the center line thereafter”, said the CEO of Air India Express, Shyam Sunder. He confirmed that there was no discomfort or injury to any passenger. “Post arrival inspection of the aircraft revealed no damages”, added he.

The airplane Boeing 737-800 was on flight from Dubai International Airport to Mangaluru airport with 185 passengers on board.

Newer PostBoeing predicts demand of 1,230 new aircraft in Russia in next 20 years
Older PostBoeing received more than 60 orders for 737 MAX 10 by Chinese airlines