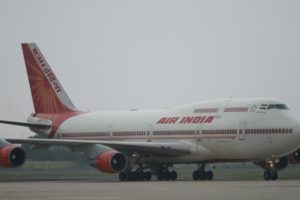 The Indian airline Air India is getting more and more in debt despite financial support from the government. The company went in trouble after its privatization process failed.

Three banks and two airline leasing companies have sent notice letters for outstanding amounts on loans to Air India over the past few weeks. The news raised concerns about the financial state and creditworthiness of the Indian state carrier.

The US Wells Fargo Trust Services and Dubai Aerospace Enterprise (DAE) have sent letters to search for unpaid loan amounts. DAE refused to comment on what was happening, whereas Air India could not immediately give a specific opinion on the matter.

Three banks, representing a financial consortium of a total of 22 credit institutions, also sent messages to Air India, expressing concern that the Indian company is becoming an “ineffective asset”.

Last month, India announced plans to sell 76% of Air India’s shares due to a lack of interest from bidders as an ambitious attempt to save an airline. The government will continue to support the airline while working on alternative options to address the problem.

The company assuted the leasing institutions and lenders that will receive state air from the government for repaying part of its debts.