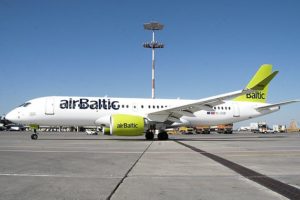 AirBaltic looks for strategic investor before the end of the year, released the CEO of the carrier Martin Gauss. According him the broker Lazard Ltd, which sells shares in AirBaltic, compiled a list of potential investors, which included both other airlines and financial investors with experience in the industry, and began the procedure for assessing investment risks.

The main goal of the sale is to find a shareholder who will not only provide financial injections, but will help the airline development. Latvia, which now owns 80.5% of airBaltic, can sell part of the shares and reduce its stake in the company to 50% or lower.

Approximately 20% of the company’s shares belong to a Danish entrepreneur, former financial director of Scandinavian Airlines, Lars Thuesen, who acquired a stake in the company from a German investor.

During the 2008 crisis, airBaltic hardly escaped liquidation and moved from a group of clean low-costers to a hybrid model that also attracts passengers traveling between Western Europe and cities such as Kiev, Baku or Kazan. The business of airBaltic was helped by the withdrawal from the market of competing Baltic airlines Air Estonia and Air Lituanica in 2015. Although it is still struggling with low-costers for passengers, its share in Latvia increased from 47% to 55%, more than Ryanair, Wizz Air and Norwegian Air Shuttle.

Earlier, airBaltic took a high place in the list of the best air companies of the world. The rating took into account three indicators: the quality of service on land and in the air, the accuracy of departures and arrivals, as well as how the airline reviews complaints and what decisions they make. The quality of airBaltic service was not assessed very high – only 6 out of 10 possible points, but the airlines fly exactly according to the schedule, and the complaints are processed on time and fairly.

Today, the largest republic, Lithuania, does not have a national airline on the Baltic air market. In Latvia there is airBaltic, in Estonia – Estonian Air, but at the Lithuanian airports foreign carriers dominate, with about 90% provided by Ryanair, Wizair and Star Alliance.

That’s why airBaltic is the leader in Lithuanian air transportation. The number of passengers transported by the Latvian airline airBaltic from Lithuania and Estonia in the first five months of this year increased by 29% compared to the corresponding period of 2016.