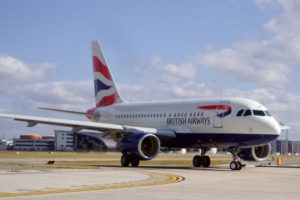 Airbus A320-200 of British Airways reported smoke in the cabin during approach to Geneva, Switzerland. The aircraft was en route from London Heathrow to Geneva, but at approach to runway 23 at Swiss airport the crew contacted the tower due to strong odor in the cabin. The airport dispatchers acknowledged the report, but flight was cleared to land in a routine communication. Fortunately the landing operations were successful without reporting any injuries or damages. All the passengers disembarked at the terminal, while the airplane was detained for safety check and further inspection.

A passenger reported that during the approach to Geneva airport, appeared some strong odor in the cabin. The flight attendants used their smoke hoods and tried to keep all the people on board calm.

British Airways cancelled the return flight of the aircraft due to further checks needed for the cause of the smoke.

Airbus 320-200 is a single aisle, twin-engine jet manufactured by Airbus Industrie, the European consortium. It is part of the Airbus 320 family, the world’s best selling aircraft line. The A320 is probably best known as the first aircraft to introduce a fly-by-wire system – where controls from the pilot are transmitted to the flying moving parts by electronic signals rather than mechanical means. The aircraft has capacity for up to 177 passengers, length of 37.60 m, wing span of 34.10 m and height of 11.80 m. Airbus 320-200 is driven by two IAE V2500 engines and has maximum range of 5,900 km.