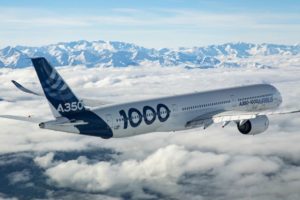 The European aircraft manufacturer Airbus may soon get two big orders. During the visit of the French President Emmanuel Macron in China, could be signed a contract for the sale of at least 100 aircraft of the German-French manufacturer. As usual, however, talks will last until the last minute.

However, more specific is a contract from Turkey. During the visit of Turkish President Recep Tayyip Erdogan to Paris, Airbus Director Tom Enders signed a preliminary contract for the delivery of 25 Airbus A350-900 to Turkish Airlines. The financial details of the order were not released.

Macron will visit Beijing in the beginning of the week, accompanied by 50 business representatives, including senior Airbus executives. The company could, depending on exactly what models it ordered China, rely on over 10 billion EUR contracts at catalog prices.

During official visits, large and important contracts are often signed. During the visit of the US President Donald Trump to China in November, the Boeing has acquired 300 aircrafts for a price tag of 37 billion USD.

The Chinese central purchasing organization for the aerospace industry has not been revealed by Reuters to comment on the issue. A spokeswoman for Airbus in China, however, has clarified that the company is constantly negotiating with customers, but will not comment on speculation.