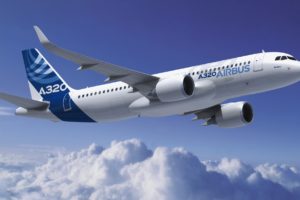 The European aircraft manufacturer Airbus closes 2017 with record number of deliveries, breaking company records and meeting its core industrial target. The exact figures have been kept under wraps ahead of an announcement on January 15, but according to unofficial information the company succeeded to deliver 700 aircraft.

Some sources close to the aircraft manufacturer, reported that company made record monthly total of jets in December 2017, surpassing the previous monthly peak of 111 seen in the closing weeks previous year. According to the calculations and considering the 591 deliveries posted between January and November 2017, implies deliveries of at least 703 aircraft in 2017 as a whole, representing an increase of at least 2% yoy.

However, in October the company abandoned a more ambitious informal goal of more than 720 deliveries, due to continued delays in engine deliveries for the A320neo family.

Airbus will also log more orders than deliveries for the eighth consecutive year, continuing to add to an already record backlog.

Airbus is a European multinational corporation that designs, manufactures, and sells civil and military aeronautical products. In addition to its primary civil aeroplane business, the company has two divisions for other products and services: Defence and Space and Helicopters, the latter being the largest in its industry in terms of revenues and turbine helicopter deliveries.