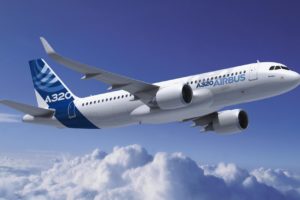 The aircraft manufacturer Airbus confirms the forecast for annual revenue and profit. The company received orders for 50.8 billion EUR in period January-September 2017, while the order book as of September 30, 2017 was 945 billion EUR. Since the beginning of the year the volume of orders received for civil aviation aircraft amounted to 271 units. The order book of Airbus amounted to 6,691 aircraft as of the end of September.

“The steady volume of orders and a healthy market environment contribute to the increase in the production of commercial aircraft. We confirmed the forecast of the targets, in spite of the fact that part of the supplies was postponed due to the difficult situation with the supplies of engines for the A320neo family”, said the CEO of Airbus, Tom Enders.

The net volume of orders for Airbus Helicopters was 210 units. The Airbus Helicopters portfolio was enlarged with orders for 14 H175 helicopters in the third quarter of 2017. The good dynamics was observed in the Defense and Space division, especially in the military aircraft segment, as in the third quarter of 2017, Germany and Norway placed orders for 5 A330 MRTT aircraft. The change in the structure of the portfolio and the slowdown in the development of the segment of telecommunications satellites had an impact on the total volume of the unit’s orders.

Revenues of Airbus remained at the same level and amounted to 43.0 billion EUR, despite changes in the structure of the Defense and Space portfolio and increased by comparable assets. The revenue of the commercial aircraft division increased by 4%, as 454 aircraft were delivered, including 350 aircraft of the A320 family, 50 A350 XWB, 45 A330 and 9 A380 aircraft.

“In its forecasts for 2017, Airbus is based on the fact that the world economy and air traffic volumes will grow in line with expectations reflected in most independent forecasts, according to which no major shocks are expected. Airbus plans to supply more than 700 aircraft, which depends on implementation obligations by engine suppliers, Airbus expects that the flow of free cash before the effect of mergers and acquisitions and financing of customers will remain at the level of 2016”, notes the aircraft manufacturer.