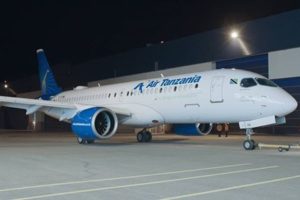 The European aircraft manufacturer Airbus considers building a new assembly plant in the US, following the latest deals for delivery of 120 A220-300 aircraft to Moby and JetBlue. According to unofficial information, the facility will next to its A320 assembly plant. The work could begin by the end of January 2019, but the company hasn’t reported expected jobs numbers and completion of the project.

The new A220 line in Alabama is in addition to one the company is opening in Mirabel, Canada.

Airbus, with nearly 500 employees on the coast, produced its first airplane in Mobile in 2016.

According to Airbus, the A220 has an order book of more than 500 aircraft. Over the next 20 years, the 100-150 seat market could include 7,000 aircraft. The company is optimistic that the A220 will be a big player in the space, so developing of the new assembly facility in the US is not a surprise.

Airbus is a European aerospace corporation, registered in the Netherlands and trading shares in France, Germany, and Spain. It designs, manufactures and sells civil and military aerospace products worldwide and manufactures in the European Union and various other countries. The company has three divisions: Commercial Aircraft, Defence and Space, and Helicopters, the third being the largest in its industry in terms of revenues and turbine helicopter deliveries.