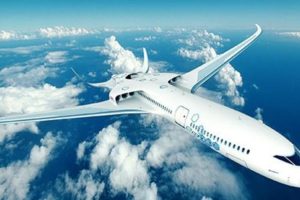 The European aircraft manufacturer Airbus announced its intention to create a new research center on the territory of China. Its main task will be the development of innovative technologies in aircraft construction.

“The new Airbus innovative center in China will determine the future of aircraft construction, and will also serve as a solid foundation for the expansion of the Airbus ecosystem in the world”, says the official statement of Airbus.

The largest aircraft manufacturer in Europe did not disclose details of the project, noting only that the innovative complex will start work until the end of 2017. It is known that the research center will be led by the Chinese expert Luo Gang.

Airbus is actively strengthening its position in China, due to rapidly growing market. Earlier, in the country was put in operations the plant for final assembly of A320 passenger liners. Moreover, it became clear the the manufacturer will create a new enterprise, where the assembly of Airbus helicopters will be carried out.

As previously reported, on May 31, the European aircraft manufacturer Airbus announced the beginning of construction of a new plant for the production of helicopters of the same name. The production base of Airbus Helicopters will be located in the Chinese city of Qingdao.