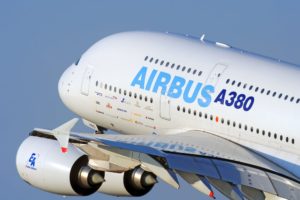 The European aircraft manufacturer Airbus and the German manufacturer of synthetic biopolymers will develop a new material based on artificial spider silk that will make planes lighter.

Since the artificial spider silk easily bends and does not lose its strength, it can be used to strengthen the wing and protect the aircraft fuselage. The new material will make the aircraft lighter, which means it will reduce fuel consumption. Experiments with the first trial batch of material will last until 2019.

The material will be based on the existing artificial spider silk, which is already used in cosmetics and medicine (for example, as a surgical thread), and recently it has been made of super lightweight sneakers.