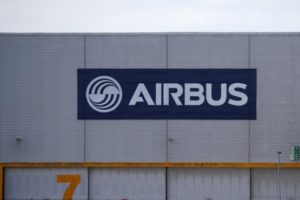 The forecasts are part of the latest global market forecast of the European aircraft manufacturer. For airliners, Airbus has in mind mostly such with 100 passengers. Airbus sees various reasons for increased demand – higher incomes and strong growth in the global middle class. Especially in emerging markets, people will fly an average of 2.5 times per capita more than today.

The Chief Executive Officer of Airbus, Tom Enders, adheres to his target of 800 aircraft deliveries this year, despite significant downward slump by mid-year. For the first six months, Airbus has only delivered 303 commercial aircraft, and about 490 items have to be delivered. The delay is mainly due to the problems of the Pratt & Whitney and CFM engine manufacturers, which supply most of the A320neo propulsion units and are responsible for the vast majority of fuel savings.

Airbus is currently building around 50 A320 aircraft every month. In the next year, the manufacturer will have to make 60 airplanes per month, and the fourth production line at the Hamburg plant will also be available.