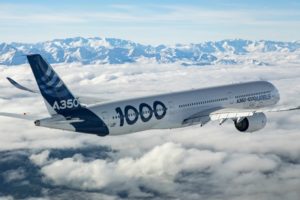 The European aerospace corporation Airbus Group reported net profit decrease in Q2 2017 by 34%, due to problems with the supply of aircraft. The company’s net profit in April-June amounted to 895 million EUR compared with 1.36 billion EUR for the same period last year. It is noted that the figure for the previous year included a one-time revenue of 1.14 billion EUR associated with the creation of a joint venture with the French Safran, as well as an income of 868 million EUR received by Airbus from the sale of shares of Dassault Aviation.

The revenue of Airbus during the reported period fell by 5% yoy to 15.7 billion EUR. The sales of commercial aircraft in April-June decreased by 3%, to 11.96 billion EUR. The helicopter division increased revenue by 7%, in the military equipment sector the indicator fell by 14%.

As reported, Airbus had to defer deliveries of A320neo aircraft due to problems with engines produced by United Technologies. Nevertheless, Airbus confirmed the forecast for 2017, according to which it expects to deliver customers more than 700 aircraft. The company’s shares depreciated by 2.6% in the course of trading on Thursday, since the beginning of the year its market capitalization has jumped by 15% to 56 billion EUR.