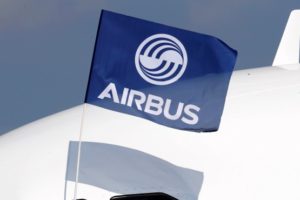 The European aircraft manufacturer Airbus is pessimistic about its delivery targets after a series of industrial problems. According to the company, performance can be a “big effort”. The prudent position on order execution, a leading factor for earnings and profit, was claimed against a background of higher-than-expected primary earnings for the last quarter.

The European aircraft, satellite and helicopter maker said the adjusted operating profit for the period amounted to 1.576 billion EUR with revenue of 15.451 billion EUR. The analysts’ expectations were for a profit of 1.441 billion EUR and revenues of 15.316 billion EUR.

Airbus’s new problems coincide with difficulties in the production of A321neo A320s, which are related to the supply of engines by some manufacturers.

“There is plenty to do before the end of the year to meet the commitments”, said Airbus.

The company retained its goal of delivering around 800 passenger planes in 2018, but said it would now include 18 Bombardier CSeries, which was renamed to A220.

Despite a more gloomy supply forecast, Airbus reported more than double profit growth thanks to its A350. Compared to an year earlier, the company has delivered 52 more aircraft.

Airbus’s main competitor, Boeing, also suffered from some industrial hardship, although it also reported higher-than-expected profit for the quarter.