The US aircraft manufacturer Boeing has won the big airline competition for American Airlines against its European rival Airbus. The aviation engineer ordered 47 pieces of the Boeing 787. 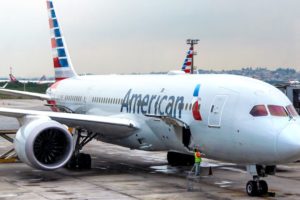 “This was a difficult decision between the Boeing 787 and the Airbus A350 and A330neo, and we thank both manufacturers for their aggressive efforts to earn more of American’s business”, said American Airlines President Robert Isom. “In the end, our goal to simplify our fleet made the 787 a more compelling choice”, added he.

The deal with a price list of more than 12 billion USD is a serious blow to the A330neo, for which Airbus has not yet found any customer. Only a few weeks ago, Hawaiian Airlines cancelled an order for six A330-800neo and selected Boeing 787.

“This new order is a powerful endorsement of the 787 family’s unique passenger appeal and unmatched ability to help airlines open new routes and grow profitably”, said the CEO of Boeing, Kevin McAllister.