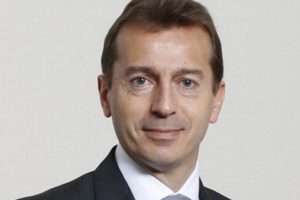 The aircraft manufacturer Airbus may not be able to deliver passenger airplanes to Iran, due to the sanction imposed by the US, revealed the head of the Airbus civil aircraft production department, Guillaume Faury.

Earlier it became clear that IranAir ordered 200 passenger aircraft worth 38.3 billion USD, including 100 aircraft from Airbus, 80 from Boeing and another 20 from ATR. All of these transactions, however, depend on US licenses in connection with the use of US aircraft components.

It is noted that out of 100 aircraft for a total of about 18 billion EUR, Airbus delivered only three to Iran.

“Although we are still waiting for details on the new sanctions, it is very likely that we will not be able to deliver another 97 aircraft, withing the framework of the contract”, said Guillaume Faury. “It’s a pity, because Iran Air is in desperate need of these planes to renovate its fleet” added he.

In addition, according to him, the engine manufacturers have difficulties in supplying the passenger jet Airbus A320neo. At the moment, about 100 fully assembled aircraft without engines are parked at Airbus plants. According to Faury, this is “probably the biggest challenge at the moment”, but Airbus plans to complete them for the deliveries.

“On this basis, I expect that by the end of the year the number of aircraft without engines will almost be reduced to zero”, added he.

Earlier it was reported that the US Treasury, following Washington’s decision on May 8 to withdraw from the nuclear agreement with Iran, would withdraw the so-called export licenses for the supply of airliners to the Middle East country, and gave producers 90 days to curtail the export of aircraft.